Apocalypse, artificial intelligence, survival instincts, and the fight between ruthless machine logic and human emotion. Science fiction has predicted a sinister future for decades, asking the same question every time: “are we heading in the right direction?” I Am Mother, Netflix’s acquisition from this year’s Sundance Film Festival offers no different answer to that question.

After the extinction of the human race, for some unknown reason, a humanoid robot (voiced by Rose Byrne, performed by Luke Hawker) is trying to repopulate the planet in a secluded bunker. It has 63,000 human embryos and a hi-tech facility to develop the foetuses human babies in just 24 hours. At first, the robot “Mother” uses the facility to develop one female: Daughter (Clara Rugaard). Her birth is followed by a slow-paced montage that screens the robot Mother taking care of her Daughter; she feeds her, reads her bedtime stories, teaches her ballet and philosophy, and learns from her mistakes during parenting. 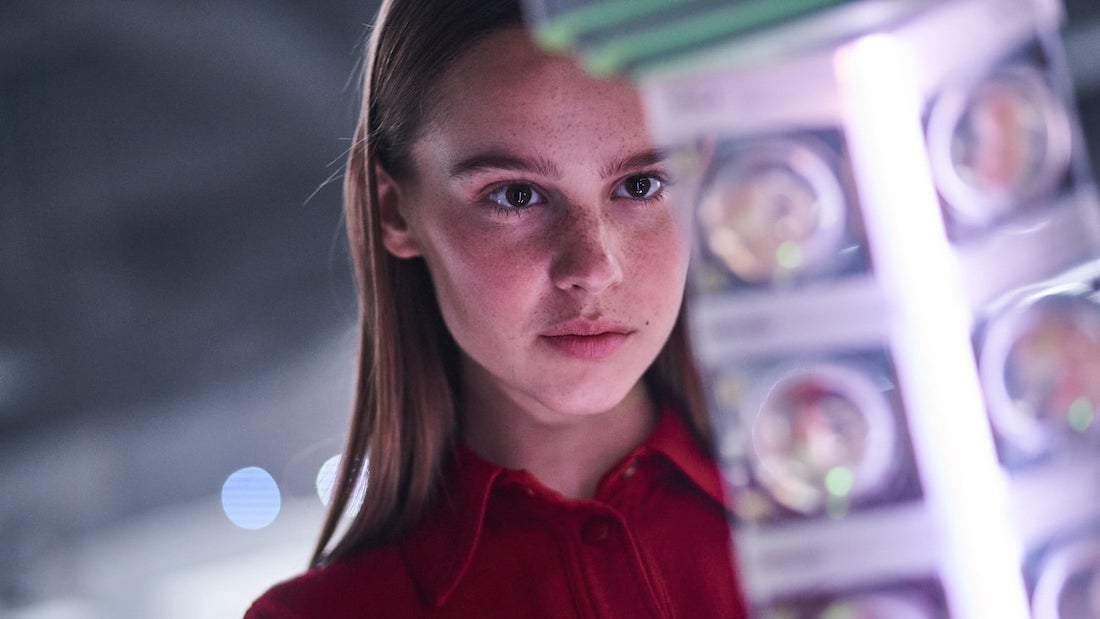 Contrary to its intimidating structure, this curious robot has a caring female voice. With her parenting activities and soothing tones, the robot has clear maternal traits long before the Daughter calls her Mother. As the Daughter develops awareness about her bleak situation, the Mother tells her a virus eradicated mankind and their high-tech bunker is a reboot plan designed by humans to prolong their species. Later, Mother reveals she’s learning how to raise a child successfully before she nurtures other embryos into adulthood. The Daughter grows up knowing she’s the last human alive in the world and develops a warm mother-daughter relationship with her robot guardian, accepting her fate inside an isolated facility separated from the seemingly inhospitable outside world.

But things started to change on Daughter’s birthday when a mouse infiltrates the allegedly impenetrable facility, raising doubt in her mind about the environment outside. Growing up in a windowless bunker without seeing the sky, Daughter is thrilled by the possibility that, finally, the Earth’s environment may be improving. Her excitement is shattered, however, when Mother disapproves her idea and incinerates the rodent because it may be carrying plague. But the rat’s seeded doubt in Daughter’s mind, which are fueled when the “Woman” (Hilary Swank) comes to the facility with a gunshot wound, upending the idea Daughter’s the only surviving human. 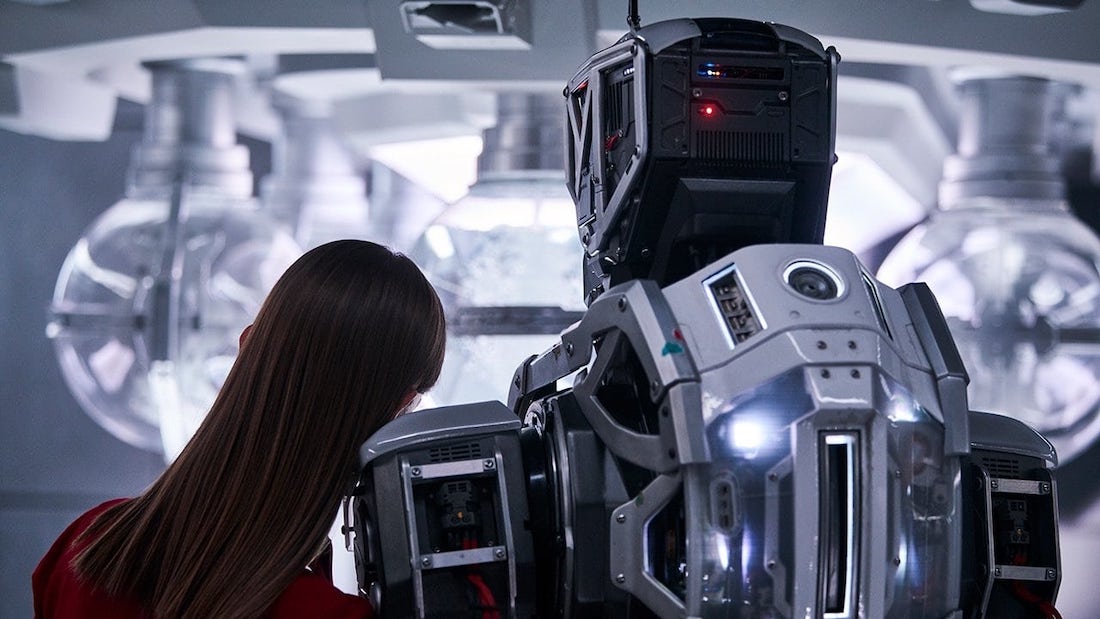 I Am Mother picks up speed once the Woman shows up, with a story containing alternative facts to what Mother’s provided. But can she be trusted? The story continues with further twists and revelations, leading to some uncanny drama and a thrilling but rather jumpy ending.

After finishing this film, it felt overburdened by its desire to twist the storyline. It develops a confident tone with a soothing pace, before tumbling down the road of generating excessive shocks. I Am Mother is a kind of movie that raises expectations and fails to deliver on them. It’s hard to explain how a movie that excels in every department fails to become one of the great sci-fi movies. The performances of Rugrad, Swank, and Byrne/Hawker are a treat to watch; there’s excellent cinematography complimented by incredible set design; the witty screenplay demands one’s attention… but, nevertheless, when it’s all blended together, it leaves a feeling of incompleteness. 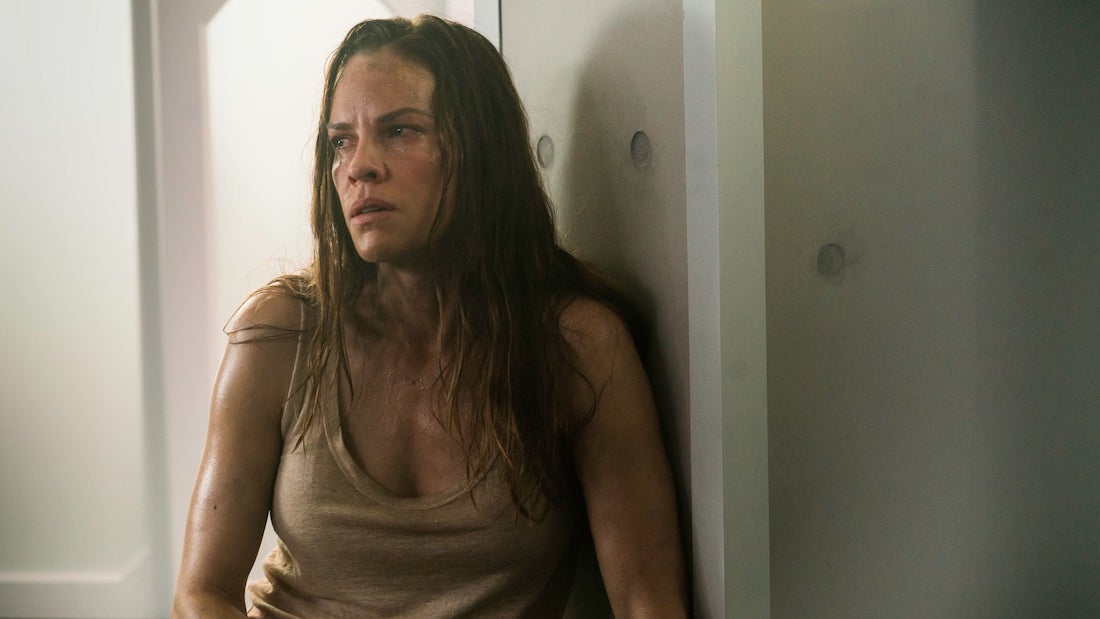 It seems the debuting director, Grant Sputore, who previously made ads for Australian television, together with debutant screenwriter Michael Lloyd Green, fall victim to inexperience. They were on course to create a masterpiece, but doubt caused them to drift. Sputore should be highly praised for bringing out such great acting from Rugaard and Swank, and for having someone wear a physical suit as Mother, rather than utilise CGI. He also displays a fascinating control over the tone of storytelling and thematic representations. Swank compared Sputore with Christopher Nolan (Interstellar), raising expectations further, and this will undoubtedly be a golden ticket to bigger projects.

Other than occasional sparks from the director and a typically brilliant performance by its Academy Award-winning star, Hillary Swank, I Am Mother is dominated by the performance of Danish actress Clara Rugaard. She’s almost unknown to the world but seizes the audience’s attention with her acting here, despite competing with an intimidating robot and a much older Oscar-winner. Her portrayal of Daughter is flawless. Her emotions are painted clearly on her face and her voice delivers a perfect frequency that connects us to the character’s doubts and anxiety. She’s never overwhelmed by the challenge here and maximizes every opportunity to stretch the character a little bit further. Consequently, the Daughter is the only character almost developed to its full potential. Have no doubt, Clara Rugaard is a star in waiting. 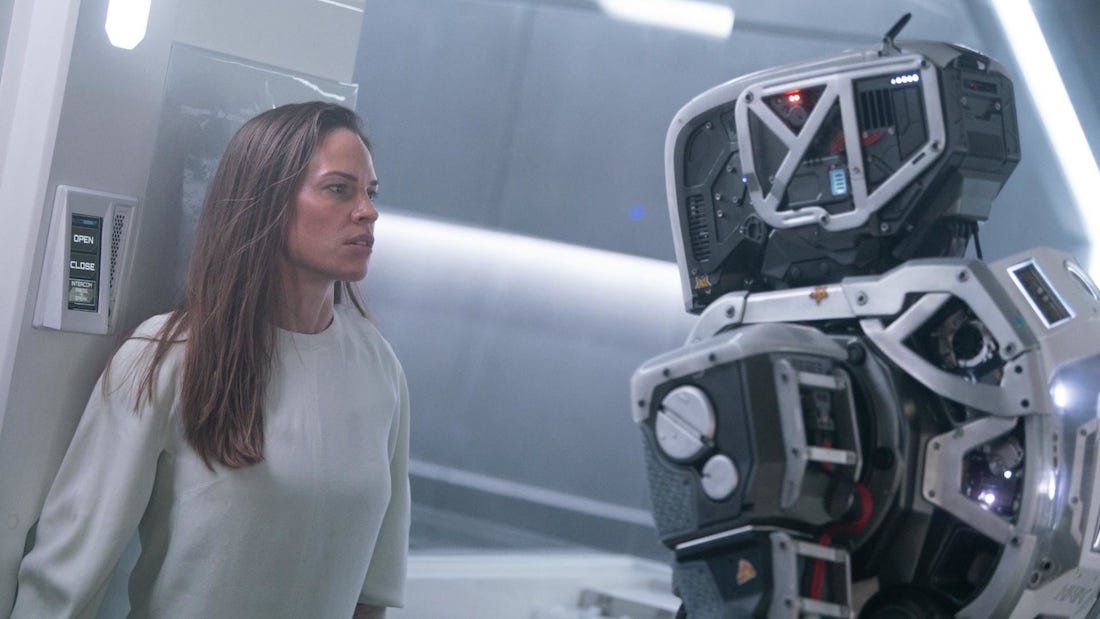 Rugaard acknowledged her performance was aided by the fact a real person was always inside the robot suit playing Mother. Luke Hawker delivers amazing characterisations through simple body movements, and his performance is elevated by Rose Byrne’s calm vocals that feel more human than the Woman’s own. In tandem, how Mother was brought to life made it possible for Daughter to connect with the character and build such a strong relationship. And without that, the premise would’ve fallen apart.

In the end, I Am Mother isn’t just another Netflix genre movie. It’ll be remembered as a film that came within touching distance of classic status. In this age of spectacle and big-budget fantasies, I Am Mother is a welcome stimulus for creative artists. It proves that telling a good story doesn’t require a plethora of celebrities or billions of dollars… it just needs an ambitious crew and passionate performers.