Weird movies deserve to be celebrated, and American Ultra is just about the weirdest movie to arrive in cinemas in recent times. It’s not its plot that is especially unusual, it’s largely different in how in handles its story and what it’s really about under the surface. This is a film about what it’s like to be in love, and what it’s like to be valued, and it’s about those things while also being a bonkers stoner Bourne movie that’s loads of fun, shockingly violent, and surprisingly heartwarming. It’s a crazy blend of tones that frequently doesn’t gel, but it’s also a highly entertaining watch that’s more emotional than you expect.

A great deal of what works about American Ultra can be attributed to the excellent leading performances. The story follows stoner Mike (Jesse Eisenberg) and his girlfriend Phoebe (Kristen Stewart) as they react to the realisation that, when threatened, Mike possesses an incredible talent for keeping himself alive in the most unlikely of ways. It doesn’t take long for it to be revealed that he’s a government sleeper agent who’s just been “activated” and is having to adjust to a newfound set of skills while a pair of competing CIA agents, played by Topher Grace and Connie Britton, attempt to kill him and save his life respectively. 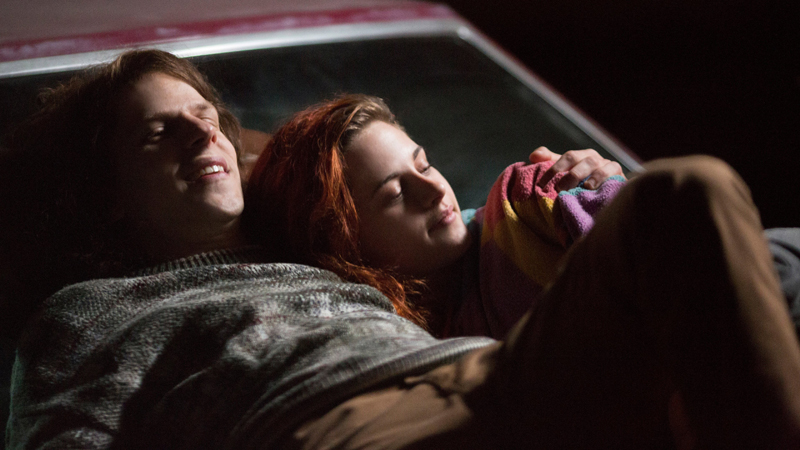 Stewart and Eisenberg are terrific in these roles, and Max Landis’s script goes out of its way to sell them as a deeply romantic couple with a real connection. If this was just a stoner comedy, it’s unlikely it would spend so much time getting us to care about these characters. That effort pays off when things start to liven up, as we hold onto what we know about them and how well-suited they are for each other. There’s something really convincing about these two that makes it clear they know each other really well and care for each other more than anything. The film is highly persuasive in its insistence that they would die for each other, and we root for them to make it through to the end alive.

The first half of the film is where it gets a chance to focus on these ideas before action and CIA shenanigans start to dominate; and it’s in these initial stages that the film’s at its strongest. There’s a lot of sharply written comedy here, and it’s all performed really well, but when the film becomes more about the action scenes and the twisty-turny plot developments it does lose a little bit of charm. The real draw is watching Mike and Phoebe try to figure out what to do next, and it’s unfortunately something that only lasts for so long. You almost wish the whole film could’ve avoided the exposition behind the sleeper agent program and just left the characters befuddled but intent on survival!

That’s not to say that the remainder of the film isn’t very entertaining. Some of the most enjoyable material comes from the inventive action that keeps forcing Mike to use something that’s most definitely not a weapon as a way to beat his attackers. He uses everything from a boiling cup of noodles, to a spoon, to bouncing a bullet off a frying pan in midair, to get out of sticky situations, all while maintaining a general sense of disoriented bewilderment. Throughout American Ultra, it’s always Landis’s screenplay that keeps things working in its own creative, foulmouthed, refreshingly honest and emotional way. The action may be outlandish, but it’s always grounded by characters whom we care about. 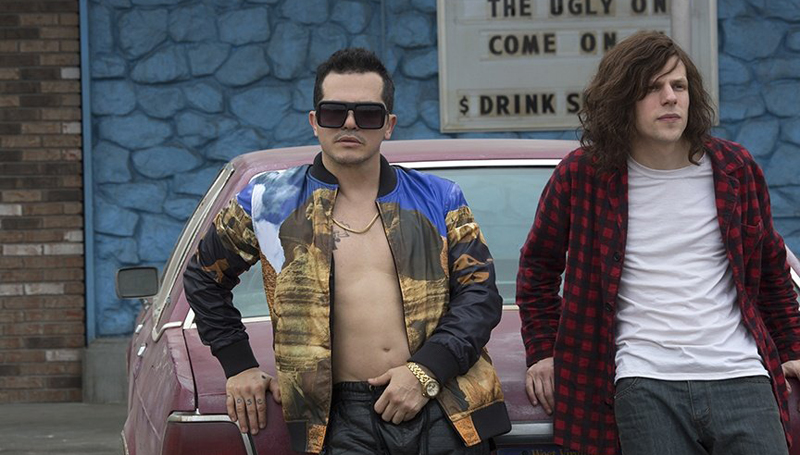 The heavy exposition and interest in the CIA agents responsible for this mess can drag the film down too, though, and the plot begins to lack structural logic as it progresses. When it keeps things on a small scale, it works beautifully and manages to touch on ideas about how you can know somebody without knowing every single detail about them, and how important it is to be the one in control of making decisions in your life. The fact that it presents these ideas only makes the ending disappointing, though, as it feels completely out of touch with what most of the rest of the film is about. American Ultra sadly drops the ball as it whimpers towards a conclusion that’s played as happy but probably reads as something closer to bittersweet on the page.

Having said that, it’s still worth watching for the chemistry of the leads and the exciting, fast pace of the action and story. The film may have an uneasy sense of its tone, a lack of confidence in what the most interesting part of its story is, and an ending that doesn’t really work, but the relationship at the core of American Ultra is ultimately going to be its most memorable element. It’s the compelling love story in this unconventional stoner action flick, along with the delightful moments of comedy, that make it worth a trip to the cinema.