The stakes were high when DC Comics announced Wonder Woman to its roster, as the last comic-book movies with female leads were Catwoman (2004) and Elektra (2005), which were both notorious flops. 12 years have passed since those dark days, and Warner Bros. have now made their best film since The Dark Knight with Wonder Woman; a female-led superhero origin story that’s both thrilling and enjoyable. Thanks, in no small part, to Patty Jenkins’s direction and an emphasis on character and story.

The film begins on the hidden paradise island of Themyscira, where strong and powerful Amazons have lives for millennia, sheltered from the rest of the world and the horrors of mankind. Growing up in this tropical land, Diana Prince (Gal Godot) is torn between the two great women in her life: mother Hippolyta (Connie Nielsen), Queen of the Amazons, and her great warrior aunt Antiope (Robin Wright). 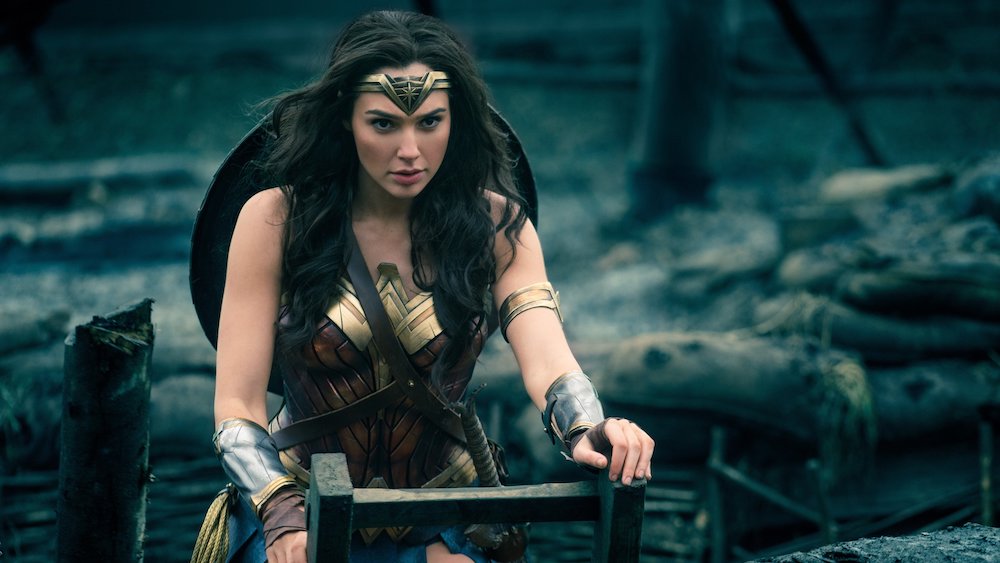 When a plane, piloted by American spy Steve Trevor (Star Trek’s Chris Pine), crashes offshore, the ensuing beach battle with investigating Germans makes Diane’s decision clear: she must go to the ‘world of men’ and stop the Great War raging there. After arriving in London, Diana encounters a chauvinistic world where women are treated as second-class citizens, but with the help of Steve she recruits a ragtag group of mercenaries to help save the world.

The decision to swiftly deal with Wonder Woman’s backstory at the start was a smart one. Whereas other films employ recurring flashbacks to drip-feed backstory to the audience, here Diana’s mother Hippolyta covers everything we needs to know at the beginning by relating the mythology of the Amazons to her young daughter at bedtime. It’s a nice touch that allows the rest of the film to entirely focus on Diana’s later situation as an adult. 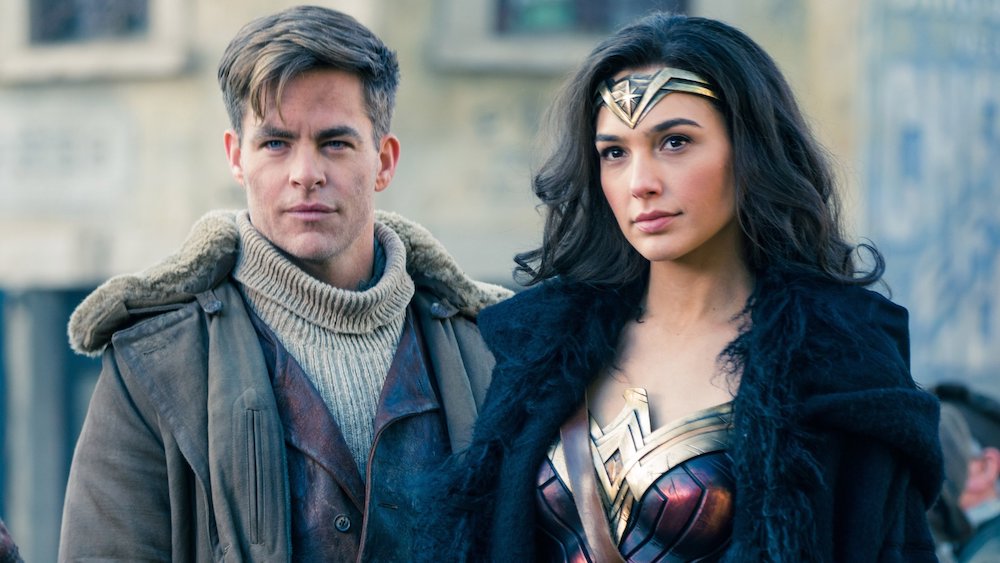 In terms of the all-important casting, it’s now hard to imagine anyone else playing Wonder Woman other than Gal Godot. She truly makes the role her own, having previously been the best part part of Batman v Superman: Dawn of Justice. Her exotic accent is purposefully stronger here than we saw previously, which is logical given this is the first time she left her island and has mixed with outsiders. Gal embraces both the strength and naivety of the character very well, making Diana an instantly likeable person with some complex and a well-rounded personality.

As Steve, Chris Pine is effectively playing Lois Lane to Gadot’s Clark Kent; plucky, resourceful and always in awe of Diana’s abilities. It’s a wonderful twist on the cliched power dynamic of the genders, especially in the comic-book genre. That’s not to say that Steve’s weak and inferior, but in comparison to Wonder Woman who isn’t? Pine plays the part with a delightful ease, radiating a charm that reminded me of the stars of Hollywood’s Golden Age. His straight-faced humour felt very realistic and helped to reign in some of the more unrealistic aspects from becoming too silly. The relationship between Steve and Diana is genuinely enjoyable to watch develop and grow, as their personalities and contrasting life experiences compliment each other. 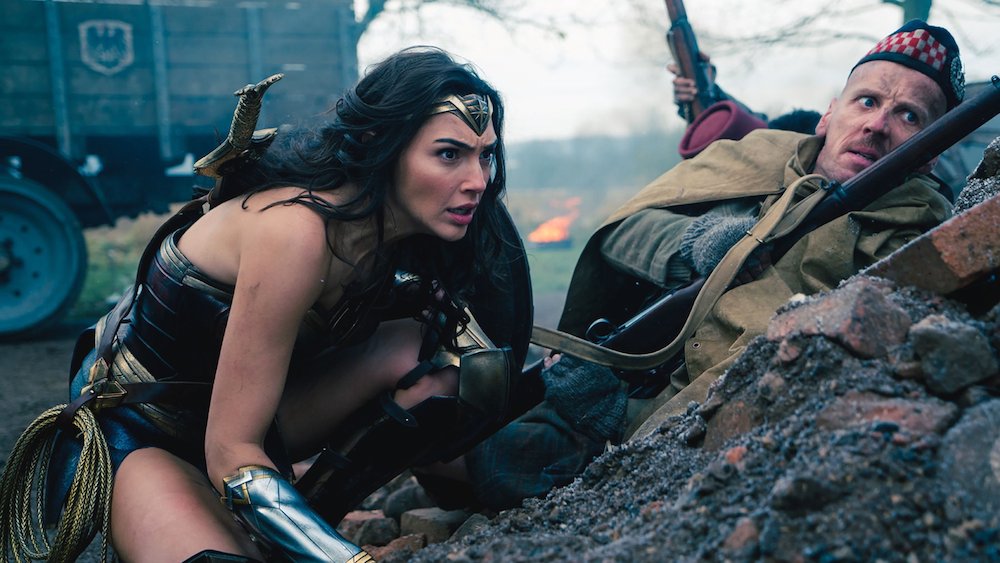 Visually, Wonder Woman is gorgeous to behold and its effects add rather than detract from the story. The action sequences are staged for maximum impact and are often electrifying, though some may feel there aren’t enough of them to fill the 141 minute runtime. The story is also well-scored, withRupert Gregson-Williams’s music ranging from menacing to heroic.

For the most part, Wonder Woman is a great film. The dialogue is well-written, and the cast work hard to portray the characters in a realistic manner that’s never overly serious. The final 20 minutes is weaker than what came before, owing to a climactic fight relying heavily on digital effects that ends up feeling a little clichéd. 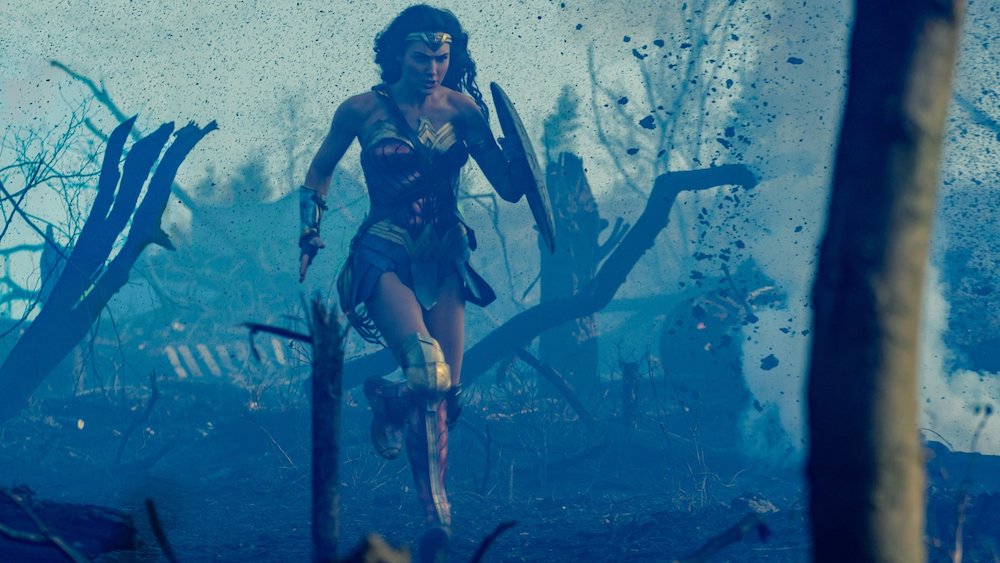 The villains work (despite being given little depth or motivation), as they’re great fun to watch and root against. It’s all very reminiscent of the Richard Donner’s Superman: The Movie, both in the relationship between lovers Diana and Steve and the simpler premise of a superhero choosing this calling because it’s the right thing to do. In a time where comic-book films like to go deeper and dissect the complex psyches of their leads, this makes for a welcome and refreshing change.

Wonder Woman is easily the best movie we’ve seen from DC Comics/Warner Bros. in some time. It doesn’t break the mould, but it doesn’t really need to. In equalling the best male-led superhero movies it asserts its feminist identity perfectly: it’s not actually about being better, it’s being equally as good.

The reason Wonder Woman feels groundbreaking is because never before have we had a female superhero movie of such calibre, treated with such reverence. Hopefully those dark times are over and studios will look at Wonder Woman as the blueprint for a new era, because with this movie DC Comics have finally made an enduring superhero to rival Marvel.