Revenge is one of cinema’s most enduring themes, and with good reason. There’s something enormously satisfying about not only the payoff to a good vengeance story, but the journey a character goes through as they walk a path of retribution. In Alejandro González Iñárritu’s The Revenant, that revenge tale is intertwined with a story of survival on the frontier in 1823, making for a visceral, grimy epic that’s as captivating as it is frustrating.

The story here is that of explorer Hugh Glass (Leonardo DiCaprio), part of a team of fur trappers working in Montana and South Dakota who are attacked by a group of native Americans and left in a vulnerable position. While fleeing the violence, Glass is unlucky enough to get mauled by a grizzly bear and severely injured. The rest of his party try to keep him alive, but colleague John Fitzgerald (Tom Hardy) eventually takes matters into his own hands so that they won’t be slowed down, murdering Glass’s son Hawk (Forrest Goodluck) and leaving the man for dead, buried alive in a shallow grave. Of course, the story doesn’t end there, as Glass struggles to stay alive in the unforgiving wilderness while hunting down Fitzgerald to get his revenge. 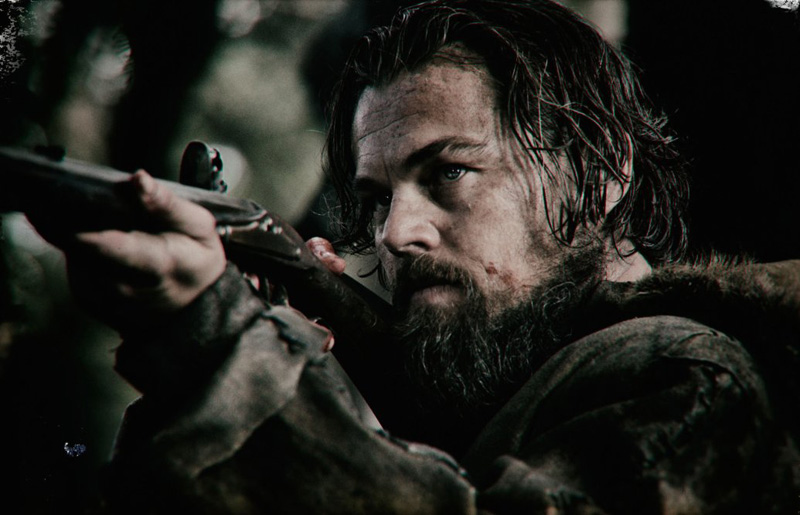 Once again teaming up with cinematographer Emmanuel Lubezki, Iñárritu has created starkly beautiful film. The vast majority of The Revenant is focused on the terrifying power of nature and Glass’s unexpected ability to survive so many struggles that many wouldn’t be able to live through. The wide, establishing shots in this film are utterly breathtaking, as the camera gazes in wonderment at the seemingly infinite expanse of icy landscapes that become the primary obstacle in Glass’s quest.

The performances throughout are excellent, from every member of the cast. While DiCaprio and Hardy have the biggest roles, there are a few other key characters completing this impressive ensemble and Forrest Goodluck, Domhnall Gleeson and Will Poulter deserve a great deal of praise for their committed and convincing work. No actor is more committed than DiCaprio, of course, who suffered through illness on this frigid shoot and even ate raw bison liver to make one memorable scene even more realistic. It’s not just about the physical challenges, though, there’s very little dialogue from Glass—so making him convey emotion without words is one of DiCaprio’s most impressive accomplishments. The work he does here is engrossing, bringing a fiery but understated rage and dedication to the character in an acting masterclass. If DiCaprio doesn’t get his Oscar for this film, it’s hard to imagine what more he could do to deserve one! 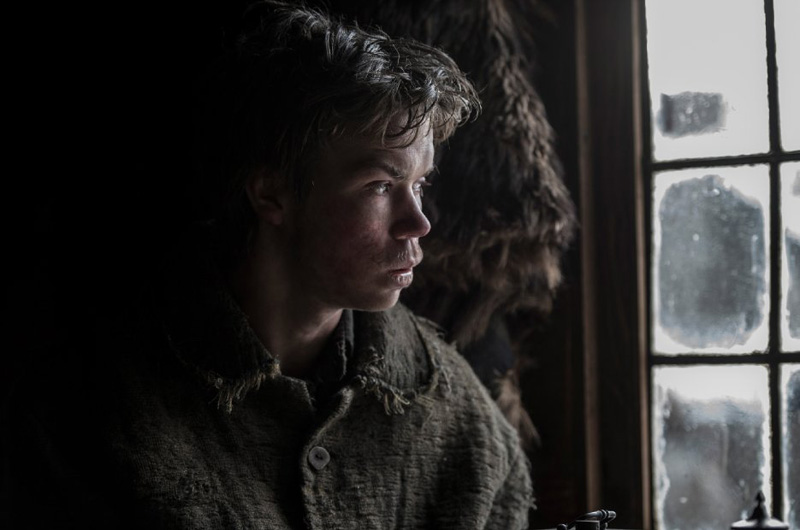 Where the film disappoints, though, is in its scripting and characterisations. DiCaprio’s endlessly impressive portrayal of Glass does a lot of the hard work when it comes to getting us to root for him, but Mark L. Smith and Iñárritu’s screenplay doesn’t help matters. The film simply expects us to empathise with his plight without taking the time to establish why we should, and when it does attempt to deepen Glass as a person it largely spends its time wallowing in facile flashbacks or drivelling on meaninglessly about the role of God in the story. Throughout, The Revenant often goes off on long tangents about different hunting groups or wandering native Americans, but it doesn’t seem all that interested in connecting all of its disparate thoughts to its central narrative; a little more focus would have gone a long way.

Iñárritu and Lubezki all too often shoot with unbalanced angles and closeups for dialogue, too. While this occasionally draws the audience closer in to what’s happening, it too frequently feels unnecessary and distracting. It’s a technique that was used excessively in the director’s Oscar-winning Birdman, and is clearly designed to increase the feeling of pressure as you watch, but it’s a camera trick of diminishing returns. Having said that, The Revenant is overwhelmingly a gorgeous film to behold, as all the bits focused on Glass’s fight against the odds are tremendously effectively, somehow pulling off a balancing act between nauseating and mesmerising.

It can’t be emphasised enough just how much this isn’t one for squeamish audiences. It’s not exactly gory, although there are numerous shots of blood oozing out of horrific wounds, but it could make for an unpleasant experience if you’re unprepared for the level of extreme suffering that Glass experiences. The bear attack is bruising and will have you on the edge of your seat, and subsequent examination of the wounds, seeing Glass try to treat his broken body while alone, and seeing the desperation and degradation of others out in the wilderness all contribute to the filthy and disgusting edge to what’s a largely stunning experience. 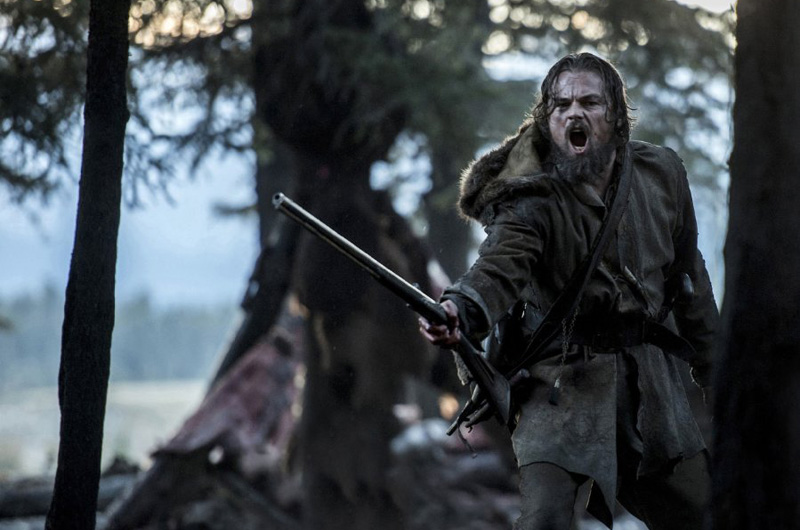 It’s a dichotomy that shouldn’t work, but ends up being far more successful than you might expect; we know that nature has the capacity to be both revolting and beautiful, and how this film captures that is definitely one of its most impressive achievements. The whole thing does drag a little, though, and could’ve done with a harsher edit during the second act. It’s a deeply felt and powerful work, but 156-minutes is pushing things.

The main strengths of The Revenant are its striking camerawork and the impassioned performances, especially from DiCaprio. It can’t be underestimated just how much the actor does to improve upon the basic and empty screenplay, taking the moments of silence and filling them with meaning while relying on impressive physicality to sell both the depth of Glass’s despair and the sheer lengths he’s willing to go to in order to survive and confront the man who killed his son. There’s something very frustrating about how this film takes a long time to say ultimately very little, and it makes you wish it wouldn’t even pretend to have ideas beyond that consistently powerful theme of vengeance. This doesn’t need to be overcomplicated, but by turning itself into a torturous series of punishments and obstacles for its main character it ultimately becomes tiresome. Epic and intense it may be at times, but The Revenant lacks what it needed to make it gripping from beginning to end.