It has been clear for some time that the leading lights of the ‘weird wave’ of Greek cinema would not be able to remain in Greece for much longer. For obvious reasons, in Greece, there’s simply no money to make movies with. This never held back Yorgos Lanthimos, as the director made Kinetta (2005), Dogtooth (2009) and Alps (2011) all made with very little money. But now, with star names on board and a bigger budget, Lanthimos has made his first English language film. It’s a task that’s proven too much for many a great foreign director, so how did he fare?

Warning: minor spoilers below, proceed at your own risk.

Lanthimos has previous for grounding his films in high-concept territory. In Dogtooth, a family kept their kids captive, fed them fantastical lies about the outside world, and encouraged incest. In Alps, people were helped through the grieving process by a business that provided people to impersonate the recently deceased. The Lobster is no different. Here, we’re in a world (maybe the same alternate world as the previous films?) in which single people head to a hotel in order to fall in love. Sounds pretty strange, if not innocent enough, right? I’m afraid not. When you fail to find a love match, you’re turned into an animal of your choosing—and remaining single is not an option here. 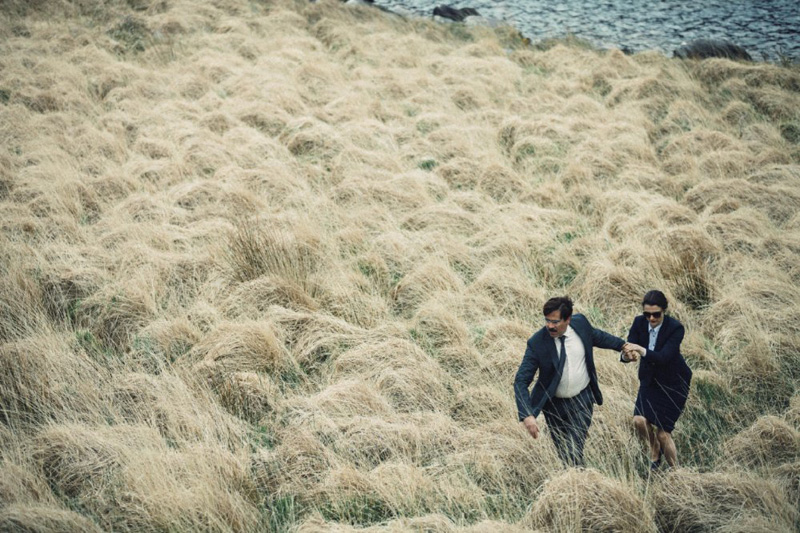 That’s where the title, The Lobster, comes from. David (Colin Farrell) arrives at the hotel with a dog that used to be his brother. When asked what animal he would like to become if love should remain elusive, he replies “a lobster”. His reasoning is that they’re blue blooded— “like aristocrats”. These lines, like all the lines spoken in The Lobster (and the director’s previous films for that matter), are delivered in a deadpan tone that never waivers. Everything is very matter-of-fact, and as unnatural as you can imagine. This works wonders on a comedic level when the jokes are good, and at no point does it become off-putting or annoying.

The plot might sound like a cut-and-dry satire on our need to fall in love and pair off. As well as the ways in which other people’s expectations of us, to do just that, weigh down on us. There’s much more to The Lobster than this though. It would make for a dull and platitudinous affair if that were all it was. We live in sexually liberated times, and there’s not much that’s frowned upon. But to remain alone is still viewed as somewhat perverse. The film, however, is just as—if not more—interested in picking apart how these relationships blossom (or fail to) in the first place. 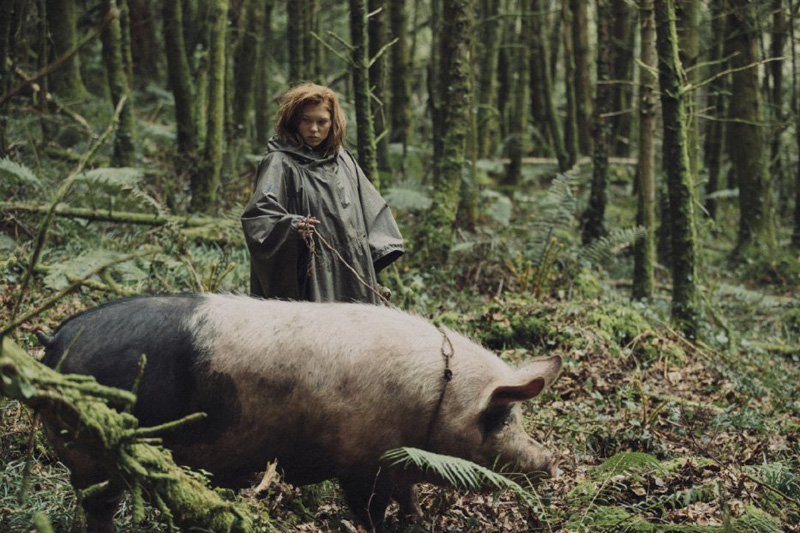 The hotel in which the first half of the film is grounded acts as a prison. You’re stuck there until you find a match, usually based upon a vague similarity between two individuals. John C. Reilly plays a hopeless fellow resident at the hotel, while Ben Whishaw plays the guy who fakes nosebleeds in order to seduce a character credited as ‘Nosebleed Woman’. The scenario is ripe for comedy, and while the film remains in the hotel, Lanthimos manages to create his most overtly conventional comedic film to date. David is not averse to faking his way into a relationship in order to avert his future life as a lobster, either. His attempts to seduce a stoical, emotionless brute of a woman by mimicking her steely insouciance is one of the best sequences in the film. Testing the limits of his heartlessness, she even goes as far as massacring David’s dog (that, remember, used to be his brother) in the bathroom of their cramped hotel room.

When that scheme spectacularly collapses, the film takes a turn. Leaving the hotel changes the tone of the movie, and replaces one nightmarish dystopian system for another. David flees to the forests and joins ‘The Loners’. These are people who have also fled the hotel and now represent the other extreme to the one represented by the hotel. Rejecting not only the need for people to get together and find love, but also the very possibility, human contact is forbade and punishable with death. With this in mind, it is here, of course, that David does find true love. In a suggestion, maybe, that even outside of the hotel, its ideological grip is unbreakable, David falls for a fellow sufferer of short-sightedness, played by Rachel Weisz. Her name—like many in The Lobster—remains a mystery. The Loners are led by a stern Léa Seydoux who rules with an iron fist, insisting that flirting and physical contact never occur. 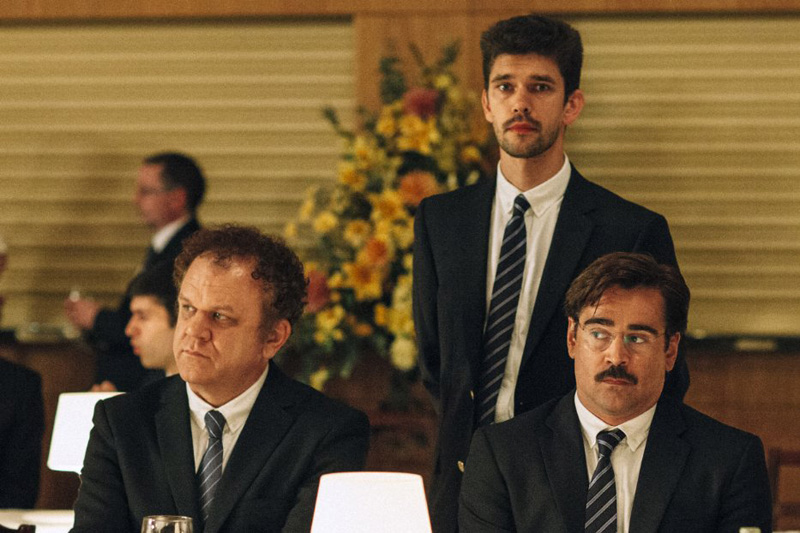 Mixing comedy and tragedy is not something that’s new to Lanthimos. Absurdity stretched to the point of comedy is the kind of laughs his films dole out. These gags—if they can be called that—are usually built around physical challenges faced by the characters. To demonstrate why two is better than one, David has one hand tied behind his back and is then asked to get undressed by Olivia Coleman’s Hotel Manager. Farrell put on weight to play the role, and watching a chubby middle-aged man roll around on his bed trying to get undressed with a hand tied behind his back is undeniably funny. But these moments are always inflected with a pathetic sadness, and our laughter is never pleaded for.

Occasionally the static framing can become a little dulling, as the events portrayed begin to feel determinate, but the film ultimately succeeds because it sees Lanthimos look at the world with fresh eyes. He might well be looking at humanity for the first time, untrammelled by any need to register conventional morality or social standards. He creates his own worlds, and the quirks and contrivances of these worlds are certainly not handled with anything approaching subtlety, but nor should they be. By ignoring how real people talk, interact and behave, he manages to catch a glimpse behind the curtain at the warped logic of human relationships.