What exactly is BBC2’s police drama Line of Duty? A forensically detailed examination of corruption, stuffed full of pitch-perfect jargon-heavy dialogue, with a complex plot about a cover-up in the highest echelons? Or a genre series with the drama turned up to eleven, featuring whiplash twists, countless red herrings, irritating loose threads, and frankly unbelievable plotting? The answer, of course, is both—and that’s why Jed Mercurio’s cop procedural is both the most addictive thing on television and, at times, the most infuriating.

This hugely anticipated third series, which returned last month after a two year absence, saw the AC-12 gang—upright and occasionally judgemental boss, Superintendent Ted Hastings (Adrian Dunbar); morally compromised undercover bad guy DI Mathew ‘Dot’ Cottan (Craig Parkinson); ambitious, sometimes over-eager DS Steve Arnott (Martin Compston); and pragmatic DC Kate Fleming (Vicky McClure)—caught in a web of deceit following the shooting of a suspect by an armed response unit. A beautifully paced opening episode introduced us to Danny Waldron (Daniel Mays, outstanding)—a bullying loner who was both villain and victim; feared by his squad whom he intimidates into covering up for him after he shoots an unarmed suspect, yet also desperate to right an injustice (widespread abuse in the children’s home he was raised in, that has blighted his life). 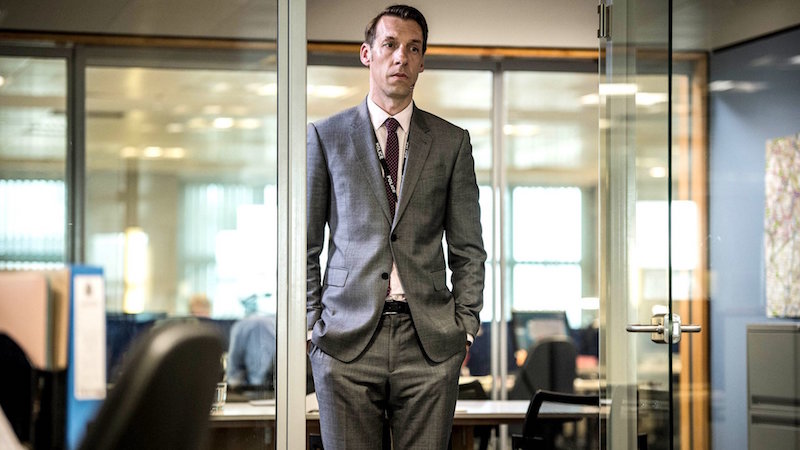 Waldron was a cleverly drawn and fascinating character, which made the twist at the end of the first episode all the more shocking. For it turned out that Mercurio’s focus this season lay not in the traditional ‘whodunnit’ but in the more complicated issue of why. By the beginning of the second episode Waldron was dead, shot by a member of his own team, and a second cover-up was underway.

The beauty of this show, however, lies in the fact that it;s nearly impossible to predict, and thus as the story unfolded Mercurio spun a tale of child abuse and high-level cover-up, which neatly tied together most of the strands dating back to the very first season’s malevolent crime boss Tommy Hunter, and left his former underling Dot beginning to unravel.

Adding to the intrigue was the return of last year’s main protagonist: the lonely, complicated former cop Lindsay Denton (Keeley Hawes, relishing the role). Series 2 ended with Denton being arrested and charged for corruption and covering up a murder, but it’s not that easy to convict a cop—particularly not once it transpires that Arnott was somewhat overzealous in his desire to extract a confession, coming on to a vulnerable Denton without realising he was being taped. Soon Denton was loose and Arnott under pressure, as Dot manipulated evidence to make it look as though Steve—rather than he—was guilty of all the misdeeds that’ve dogged AC-12 since the beginning. 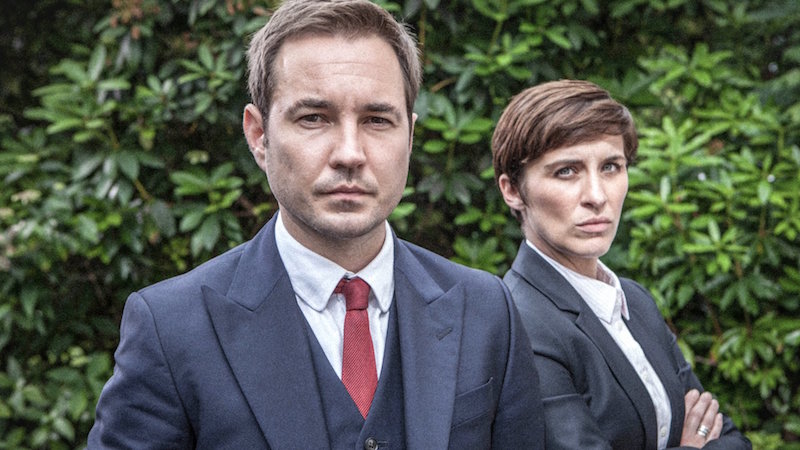 It was wonderfully plotted stuff. Tight, tense and keeping you on the edge of your seat, unable to predict who’d end up in jail and who’d get off. Along the way Mercurio made some bold choices to root the show in reality; using pictures of Jimmy Saville, openly referencing Operation Yewtree, and giving Hastings (the nearest thing this show has to a conscience), a series of speeches taking down both media coverage of these scandals (“how much money are we going to spend chasing clapped out DJs?”), and the politics behind the handling of them. Come the finale there was a sense that this story could go any way. Would the villains go free? Who was pulling Dot’s strings while he was pulling everyone else’s? Would the slippery legal advisor Gill Bigelow (Polly Walker)—Dolores Umbridge in a navy suit—triumph over Ted? Or might Kate, curiously underused this year, finally have her day?

In the end, Mercurio decided to have his cake and eat it with a tense feature-length episode centring on two perfectly scripted interrogation scenes, which then swerved into full-blown melodrama featuring car chases, shootings, and a desperate deathbed confession. After five weeks of perfectly pitched low-key realism it was a jarring lurch into ‘TV drama world’ and yet, give Mercurio credit, he very nearly pulled off. Certainly it was hard not to root for Kate as she ran around Belfast’s back streets, desperately trying to apprehend Dot as he headed for safety after sending a text reading ‘Urgent Exit Required’ during his interrogation—but at the same time there was something a little bit odd about seeing a drama that had spent the previous five weeks wallowing in verisimilitude turn all of that on its head for the sake of an explosive finish. 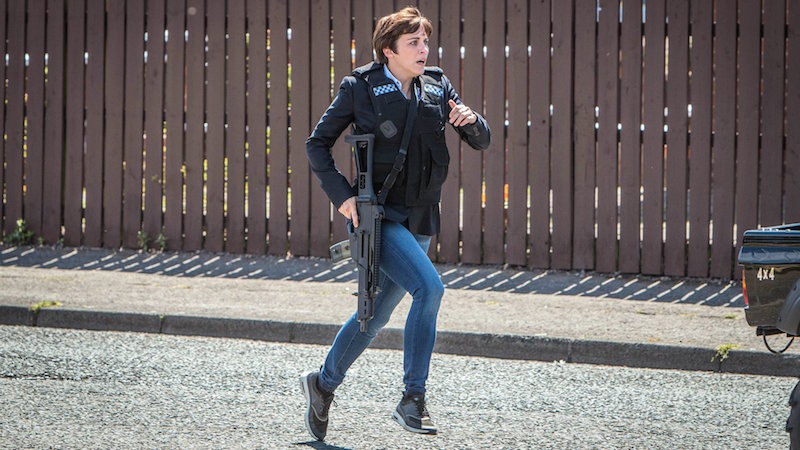 And this remains Line of Duty’s continuing problem. Is it just a tremendous police procedural, or something darker and more complex? Is it possible to be both? Certainly there are times when the characterisation feels frustratingly thin—both Vicky McClure and Martin Compston do a great deal with sorely underwritten parts—yet the plotting is admirably tight, with even the red herrings often turning out to have greater relevance later.

It’s helped, too, by superb acting—from Hawes’ desperate Denton to Parkinson’s conflicted Dot, struggling to keep his game face on even as he collapses within. Most magnificent of all is Adrian Dunbar as Ted Hastings, a man who can make even the most throwaway ‘fella’ appear as though he’s looked into your soul and found it wanting. “There’s a line,” he remarked in the last episode. “It’s called right and wrong and I know which side my duty lies.” On any other show that would have been a clunky, literal piece of writing—so it’s to Mercurio and Dunbar’s credit that instead it seemed like a statement of intent.

And that ultimately is why Line of Duty works so well. It knows the conventions of its genre yet it can’t help but play with them. It takes shopworn storylines—corrupt officers, abuses, police cover-ups—and makes them feel fresh and unusual, forcing us to re-examine the society in which we live at the same time. (The fact that the news about Hillsborough broke in the same week as the final episode of this series only adding to the sense that Mercurio is reflecting our world back at us through a dark mirror.) But it’s also, simply, a great piece of entertainment; reliant on cliffhangers and placing ‘OMG’ moments over realism at crucial times. Line of Duty is both a standard (if superior) police drama and completely unlike any other cop show that’s existed. Its true appeal lies in the way Mercurio walks a fine line between brilliant and bonkers, piling twist upon twist at viewers, and ensuring that we, his captive audience, can’t blink and dare not look away.