At 78 years of age, Paul Verhoeven has not lost his touch. The Dutch director is, of course, the genius behind cult movies like RoboCop (1987), Total Recall (1990) and Starship Troopers (1997), but he was also behind the equally well known (but less convincing) Basic Instinct (1992), Showgirls (1995) and Hollow Man (2000). But while his features might not all be masterpieces, they have one thing in common: they instigate discussion between viewers, exchanges and even arguments between critics; they make people switch their brains on and reflect about what they’ve been watching. Elle, playing at this year’s London Film Festival, is no exception.

Elle is the story of Michèle LeBlanc (Isabelle Huppert) her family, her workmates, and her way of coping with being sexually assaulted in her own home. Verhoeven doesn’t shy away from the horrific crime, opening his film with the shatter of broken glass, the woman’s screams, and the sinister thump of the rapist’s blows. Bleeding and shocked, Michèle tidies up the kitchen and gets a warm bath. The day after she’s at work, running her video-game company, and goes out for dinner with her ex-husband and their family friends, before helping her son and his pregnant girlfriend get a new flat. Processing her trauma in a very personal way, Michèle investigates the circumstances of the assault, trying to find out who’s behind it. 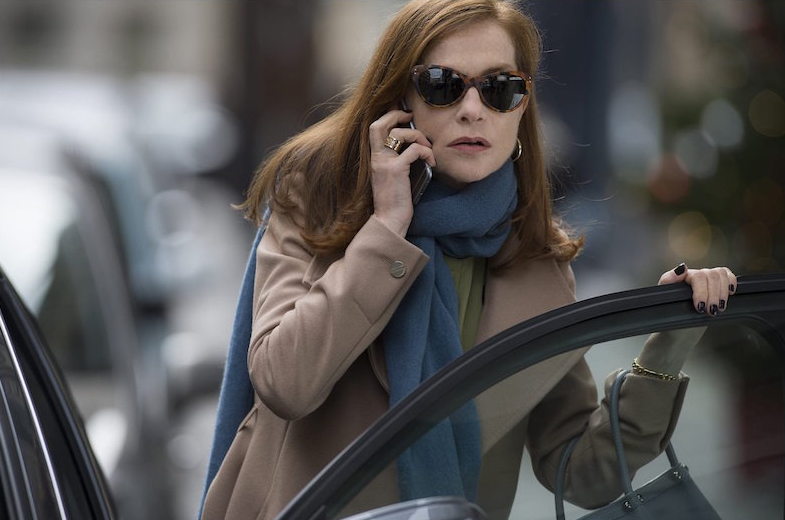 This could be a very basic drama-cum-thriller, but with Verhoeven directing, be ready to have your expectations subverted and your mind shamelessly toyed with. The first controversial aspect of Elle is that it’s so damn funny. I don’t remember ever laughing this much while watching a film with sexual violence as the main theme. Michèle’s family is a true mess: her relationships, her friends’ extra-marital affairs, her son’s girlfriend possible infidelity, her elderly mother’s hunky toyboy, the odd couple living next door… no one seems to be able to get along just fine with everyone else. If this wasn’t enough, Michèle turns out to be the daughter of a mass murderer, who targeted the neighbourhood thirty years before. Is this why she’s responding so coldly to the assault? The film subtly hints she might have something to do with the murders. Is that true? She’s certainly an atypical person, but is that in any way connected to her father being a psychopath? 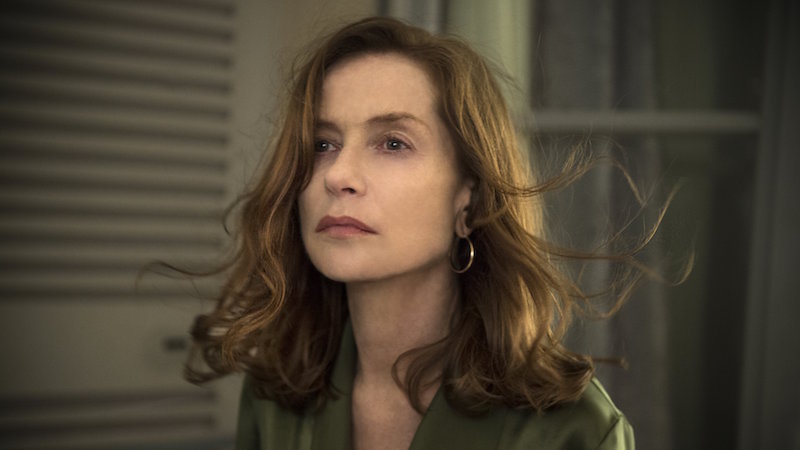 The second, majorly controversial aspect is Michèle’s investigation of the assault. If Elle’s comedic tones are troubling you, just wait until she finds out who attacked her. Her reaction is unlike anything we’ve seen on the big screen before, and the film leaves it completely up to the viewer to make up their mind on what it means (I won’t go into any detail here, as it would mean spoiling the main plot point). While trying to reach your conclusion, you may wonder whether Elle’s ambiguity resolves itself as convincingly as it should. On one hand, the film seems to empower a woman who reacts to violence on her own terms; on the other, it seems to belittle the trauma through the quirks and extravagances of its characters. As a fan of Verhoeven’s satire, I can’t help asking myself: is it awkward because we are laughing about a serious theme (as it should be—that’s what satire is for), or are we just uncomfortable with laughing about a victim? If you’re not entirely persuaded of the former, then the film didn’t succeed completely.

Verhoeven’s style has always been divisive, but even if Elle ends up sparking controversy, it remains one of the strongest contenders to the London Film Festival’s Competition this year. Verhoeven’s masterful handling of Elle’s tone, David Birke’s exhilarating dialogue, and the excellent transposition from the source novel (“Oh…” by Phillipe Djian) all deserve recognition. Above all, the biggest round of applause goes to Isabelle Huppert: her performance is nothing short of superb, the best seen at the London Film Festival so far, and definitely one of the best of the year. Let’s keep talking about Elle because of her, too.