The Western is a genre that resolutely refuses to ride off into the sunset. Despite an increasing distance from the era—when America’s west was the great frontier; a harsh and wild land, daring man to tame it—and despite many academic opinions that the genre’s grown irrelevant, it still endures. First it gained a new spin in the form of the European-made ‘Spaghetti Westerns’; then there were the years of the revisionist western, which dispelled the romanticised myths of the genre’s early days; while more recent times have seen the emergence of the feminist western.

On the surface, Jane Got a Gun would seem to fit the latter bill perfectly, but Gavin O’Connor’s film doesn’t quite nail its colours to that particular flag, despite the strong female character at its heart. It is, all the same, an effective yarn.

Natalie Portman plays the titular Jane, whose husband Bill Hammond (Noah Emmerich) returns to their secluded homestead riddled with bullets, with the culprits on his tail looking to finish the job. To help defend the life that she’s built, Jane goes to the only person she can think of for help: her ex-boyfriend Dan Frost (Joel Edgerton), who’s become a resentful drunk since their split. With Bill laid up injured, Jane and Frost await the arrival of the bandits, while flashbacks explore the trio’s past and the tragedies that led them all to this point. 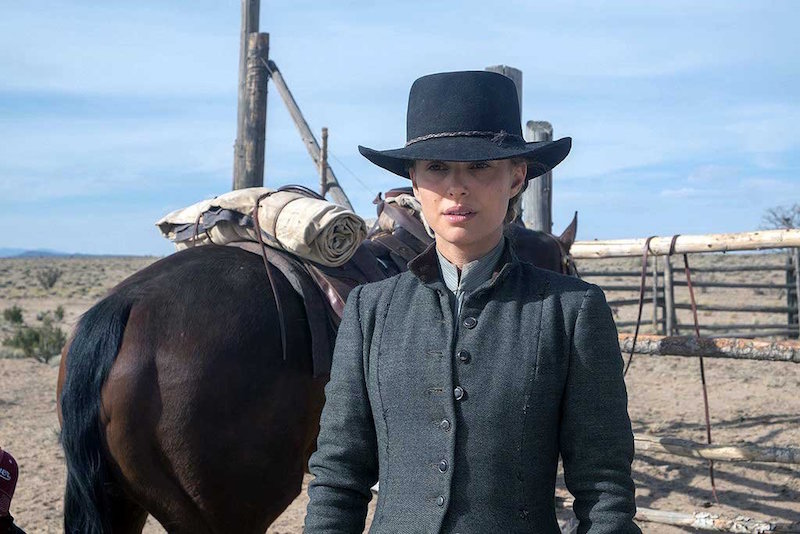 Natalie Portman is perfectly at home in this genre, and brings the requisite steeliness to her lead character. There’s fine support from Emmerich as Jane’s new husband, while Ewan McGregor is the perfect balance of charming and dangerous in an uncharacteristic turn as the villain of the piece—sinister John Bishop. All, however, are overshadowed by Edgerton, who turns in perhaps a career-best performance as tragic, lovelorn Dan Frost. The Australian actor’s sad, hangdog features are particularly expressive; conveying every last bit of Frost’s longing and heartbreak. Crucially, Edgerton tempers what might have become a wet blanket of a character by putting across Frost’s tactical mind and resourcefulness equally well. He may be a broken man, but he’s still not one you’d want to mess with. 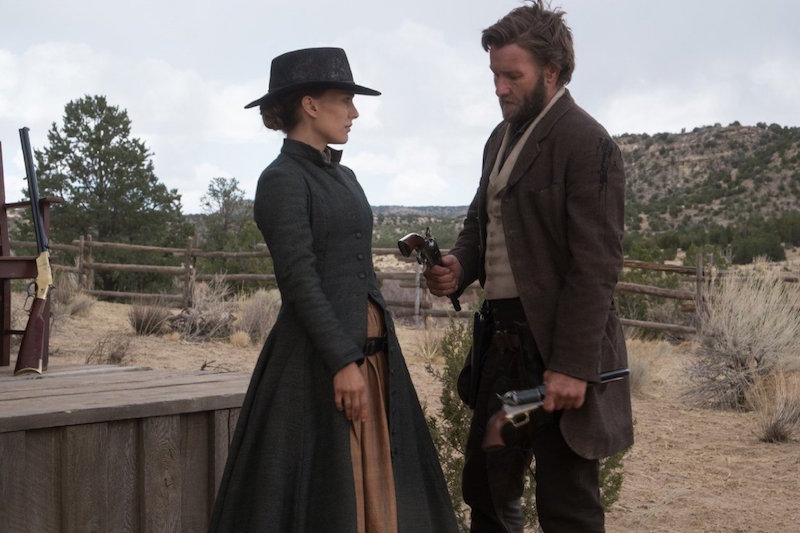 While McGregor makes for an effective antagonist, the real tension comes from within the confines of Jane’s house, as three sides of a love triangle find themselves trapped at close quarters. The enemy beyond the walls are a more distant threat, and there’s a sense this trio could easily tear themselves apart before the nefarious ‘Bishop Boys’ even arrive. This uneasiness only increases the more we discover about the trio’s past and what they learn about each other. 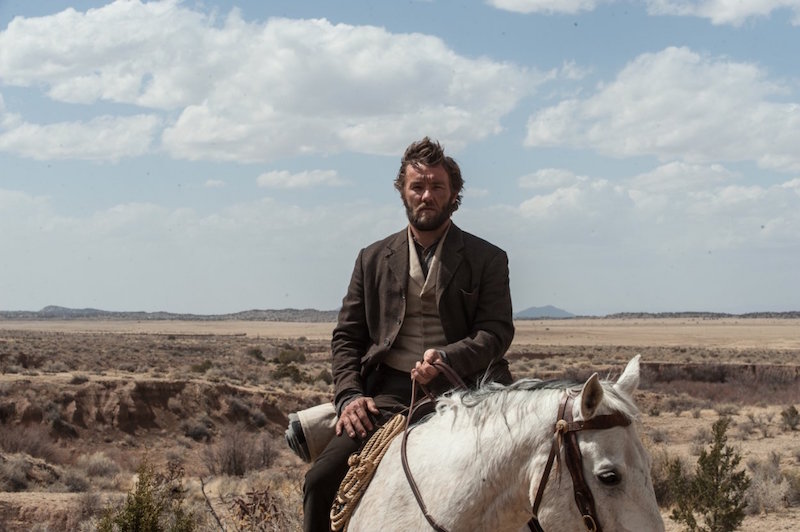 The flashbacks, told in non-chronological order, are of mixed success. Some are excellent—Frost’s first encounter with Bishop, for example—but others fall very flat. There are also some clunky and clichéd lines of dialogue to wince through (“Fear is good. Fear will save your life” being one particularly exhausted platitude), while a few incongruous moments baffle more than bewitch. (A romantic hot air balloon ride in the middle of a western?)

For the most part, though, Jane Got a Gun is solid genre fare. O’Connor makes full use of the stunning scenery, with plenty of artful landscape shots, while the evocative music score by Lisa Gerrard and Marcello De Francisci sweeps the story along nicely. The cast are strong, the story is captivating, and there’s a suitably tense and particularly explosive climax to sink your teeth into.

The Western is by its very nature a romantic genre, but this isn’t a terribly romantic film—which is curious, given the relationships at its heart. Nor is it, as the marketing might have you believe, a particularly politicised or feminist Western. Jane is a strong and defiant woman, sure, but she still has to rely on the men in her life to keep her safe. Compared to, say, The Keeping Room, this is far more traditional effort. The Western may continue to endure (this year’s Oscars heavily featured two, after all), but Jane Got a Gun does little to progress its cause.