There’s a point early on in The Big Short, Adam McKay’s adaptation of Michael Lewis’s best-selling book about the financial crisis, where a voiceover announces: “and now here’s actress Margot Robbie in a bubble bath with a glass of champagne to explain sub prime loans…”

How you feel about this scene will influence your view of the whole movie. Is it the hoot the filmmakers clearly think it is? A witty way of illustrating both how little we understand the financial markets and how much those same institutions used smoke and mirrors to pull off their own long con? Or is it a smug signal that this movie isn’t quite as scathing as you’d like it to believe; a small but telling giveaway demonstrating that McKay and his star-studded cast are more than a little bit in love with the Wall Street machismo they’re claiming to despise? 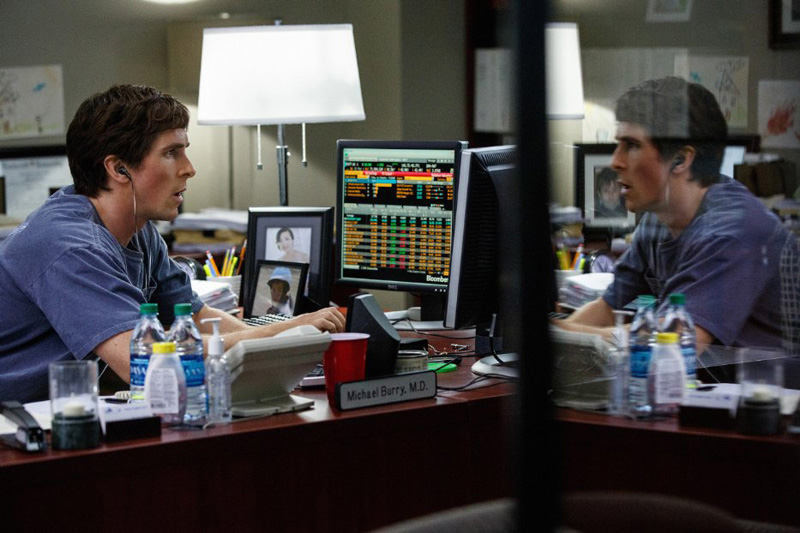 For my part, I’d say the answer lies somewhere in-between. At its best The Big Short is one of this award season’s most purely enjoyable films; a ribald blast that deploys every trick in its arsenal (from Brad Pitt cameos to snappy one liners) to draw the audience in and convince them to cheer on a bunch of guys who are essentially making fortunes out of large scale corruption and misfortune. Yet there’s no denying it’s not quite as scalpel sharp as it would have you believe. There’s a fine line between excoriating the bros of the boardroom and looking up to them, and McKay and co-writer Charles Randolph don’t always fall on the right side. 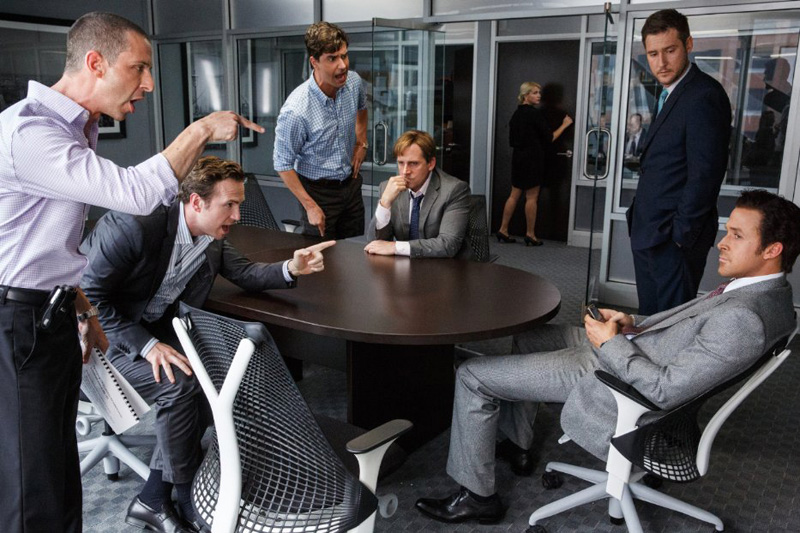 Kicking off by introducing us to Christian Bale’s autistic Michael Burry (a heavy metal loving misfit and stock reading genius, who realises the housing market is basically a bust and thus dreams up credit default swaps in order to short it), The Big Short continues to introduce other key players: Ryan Gosling’s smarmy Deutsche Bank trader, Jared Vennett; Steve Carell’s anxious and angry hedge fund manager, Mark Baum; and two small time guys running a hedge fund out of their garage (Finn Wittrock, John Magaro), who enlist the help of Pitt’s retired banker to get in on the bet after discovering Vennett’s paper trail. 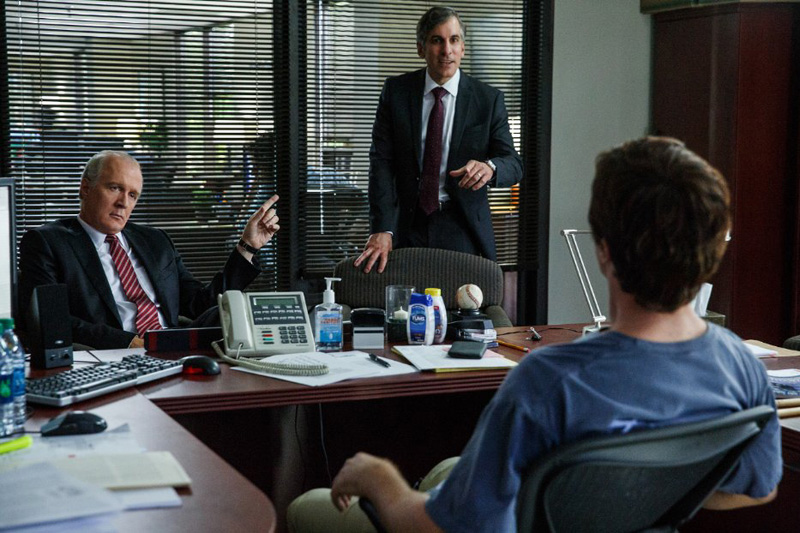 From there on in the film unpicks the market collapse from the point of view of this disparate gang, as we wait and see whether they can get rich while everything around them crumbles to dust. “We live in an era of fraud in America. Not just in banking, but in government, education, religion, food. Even baseball…” remarks Baum at one point, in a quote that sums up the film’s tone. Yes it’s angry at what went down, but it’s half-admiring, too. These, after all, were the guys who suckered the suckers; who wouldn’t want to be on their side?

It’s good sleazy fun and the cast are clearly having a ball. Bale’s glass-eyed, discombobulating Burry may have won him a Oscar nomination, but Carell’s self-loathing Baum is easily the best thing in the film (a man both tortured by success and unable to walk away from it). If it’s not as sharp or smart as JC Chandor’s Margin Call (2011), nor as rambunctiously over-the-top as last year’s Wolf of Wall Street, it’s still a superior piece of clever entertainment.

“Hey, I never said I was the hero,” remarks Gosling’s character at one point, a crooked grin spreading slowly over his face. Wise man. There are no heroes here.

writers: Adam McKay & Charles Randolph (based on the novel by Michael Lewis).